“All that is gold does not glitter, not all those who wander are lost;

the old that is strong does not wither, deep roots are not reached by the frost.” 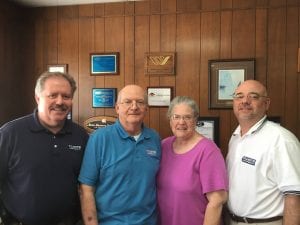 Proud of their 78 year legacy in the insurance business and roots in the community, the folks at Wilmoth Insurance demonstrate their commitment to the mutual value of neighbors helping neighbors by consistently providing good service and quality products to their customers. 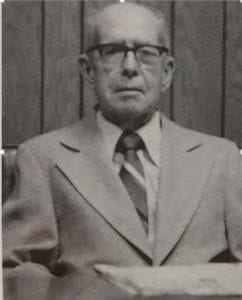 The agency was founded in 1939 by Claude Wilmoth, who at the time, was a barber. Because business was slow during the working day, Claude found time to pursue other interests which lead him into insurance and the establishment of the agency that bears the family’s name. To this day, Wilmoth Insurance remains an independent, family-owned agency that has provided insurance services for the residents of the Upper Cumberland region of Tennessee for three generations.

With a combined experience of over 220 years, the team includes Keith Wilmoth, Larry Wilmoth, Roger Wilmoth, Vickie Wilmoth, Alton Freeman and Glenda Thomas. Five of whom graduated from the local, Tennessee Tech University. They have also been proud to support the local community by sponsoring sports at both Cookeville High School and youth levels. They currently sponsor the Wilmoth Insurance Agency Hot Rods coaches pitch baseball team.

“The agency is a legacy, as we strive to live up to the standards Claude instilled in us,” says Larry Wilmoth, one of the principals at Wilmoth Insurance. “We like to think that our years of experience and attention to the customer’s needs set us apart from our competitors.” 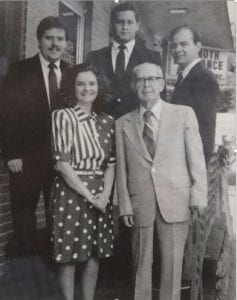 As a full-service agency representing only the best of insurance companies, Wilmoth Insurance provides personal, commercial, life and health insurance. When it comes to your personal property they can provide you coverage for your home, mobile home, rental dwelling, farm and automobiles.

“With changes in the way the world works and communicates, our goals are to provide good old-fashioned customer service in an electronic age,” says owner, Keith Wilmoth. “Our relationship with FMT Insurance makes us both stronger. FMT understands that you don’t have to be the biggest to consistently be your best, and to provide a good product for a fair price.”

FMT values our relationship with Wilmoth Insurance and we appreciate Keith, Larry, Roger, Vickie, Alton and Glenda’s commitment to their customers. If you have insurance needs in the Cookeville area, give the friendly folks at Wilmoth Insurance a call at 931.526.6181 or visit their website at www.wilmothinsuranceagency.com and allow them to take care of your needs.