Focus on Family, Service and Integrity

In the late 1940’s Jack C. Oates, Jr. and Walter B. Lumsden, Jr. joined their father and father-in-law, respectively, in the Agency.  By then, Sweetwater Insurance had moved from their original Sweetwater Bank and Trust office to its current location at 118 West North Street in Sweetwater.  Harris Lovingood, Walter’s son-in-law, joined Sweetwater Insurance in 1976; and in 1987 Walter’s daughter, Lou Lovingood, joined the business.  A fourth generation joined the Agency in 2006 when Branham Lovingood joined the business his great–grandfather had purchased in 1920. 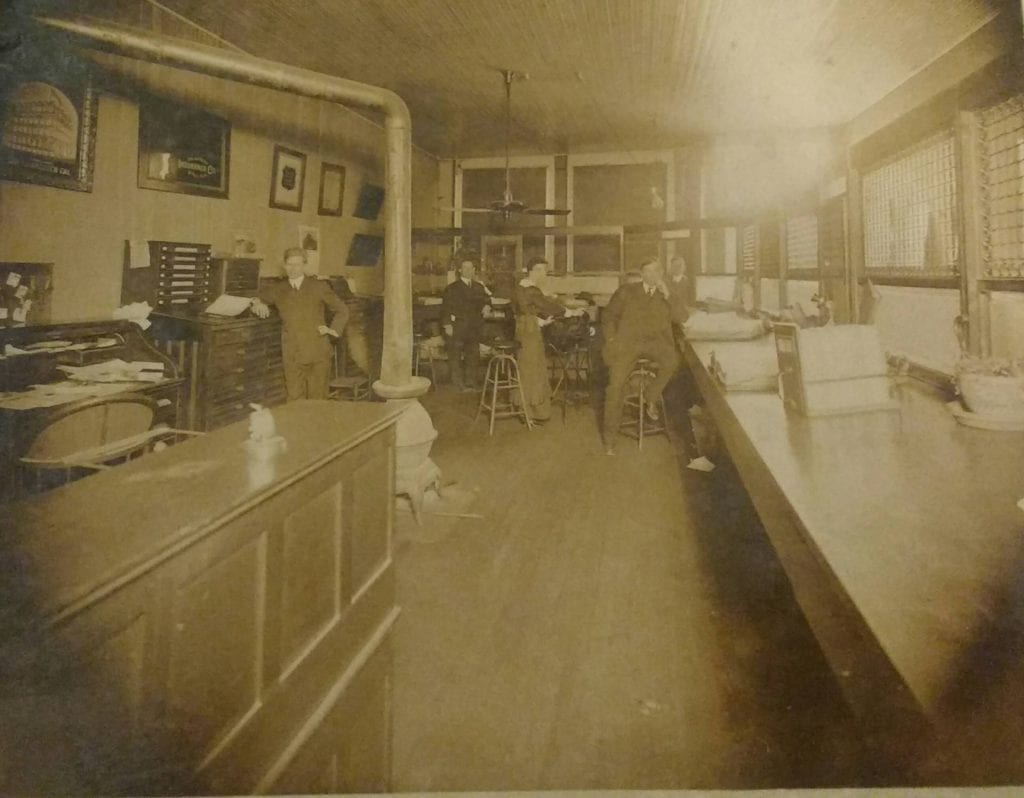 While family members and staff have changed through the years, the same purpose of providing service with a high degree of integrity to their customers remains constant.  With a combined 82 plus years of experience, Sweetwater Insurance Agency meets the growing and changing needs of the Sweetwater community as well as Monroe County and the neighboring counties of Loudon, McMinn, Meigs and Roane.

Harris, Lou and Branham are service minded people. They know and understand the needs of the community because of their work throughout the community.  The Sweetwater Insurance family serves the community through their church, Kiwanis Club, Boy Scouts of America, Monroe County Chamber of Commerce (Charter Member), Monroe County Relay for Life, Sweetwater Merchant and Property Owners Association, City Boards as well as through coaching and sponsoring youth and high school athletic teams and various other service projects.

Having had a presence in the Sweetwater community for over 130 years and being an integral part of this community, the folks at Sweetwater Insurance have developed long and lasting relationships with customers who have become like family.  “It warms our hearts when a customer gets to the door, turns around and says, ‘Love you all’.  Yes, that’s how it is to live and work in a small and caring town,” says Lou Lovingood.

Sweetwater Insurance automated in 1983 and has, since that time, continued to try to leverage technology to assist with enhancing the customer experience.  They rely on technology and appreciate it very much, but still believe that customers desire personal interaction and the face-to-face service offered by their agency.

For the past 32 years, Sweetwater Insurance Agency has partnered with Farmers Mutual of Tennessee.  According to Harris Lovingood, “Our relationship through those years has provided an excellent product for our customers.  FMT has grown and changed and that has enhanced our ability to provide better products and service to our mutual customers.  FMT is the kind of company that you can call, and when the phone is answered, the person on the other end usually will recognize your voice.  When calling FMT several years ago, Scott Kehne, FMT’s president at that time, answered the phone and immediately recognized my voice.  That’s the kind of personalized service we strive to offer our customers – recognition, affirmation and care!  We appreciate and are grateful for the long-term, stable partnership that we have with FMT.”